Home Sales in Danville for the month of December were above last years sales. There were 11 sales last month, compared to 7 sales in December 2008. The averages for December 2009: 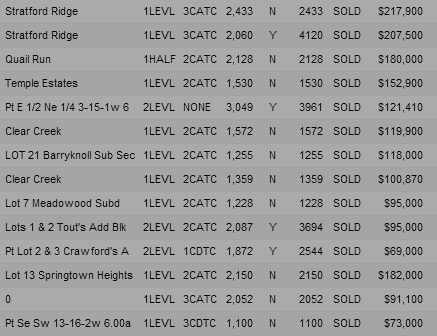 Average home price for Danville Indiana Home Sales in 2009 compared to 2008 shows a trend of lower home prices, but at the end of the year average home prices were not far off where they were a year ago. The number of homes sold has trended up. This could represent an influence from first time homebuyers, since the average home price in Danville is lower than the neighboring cities of Avon, Brownsburg and Plainfield. 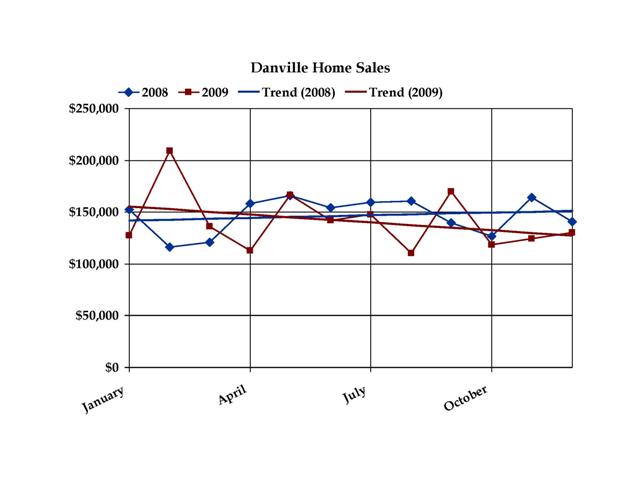 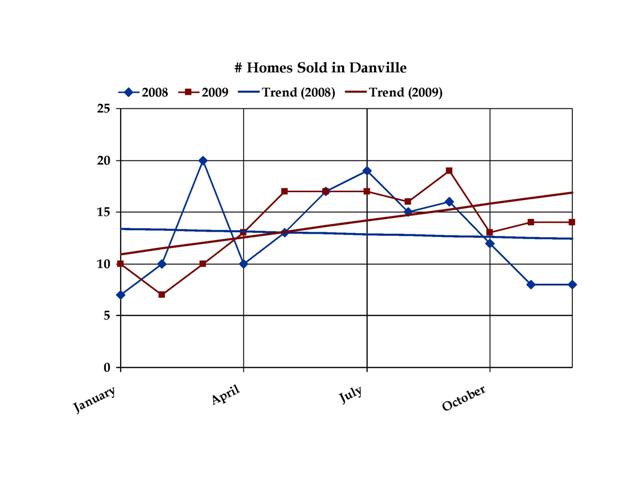 Statistics were obtained from the Metropolitan Indianapolis Board of Realtors (MIBOR) data and are representative of Indianapolis homes which were  listed on the Indianapolis BLC; private sales are not included. All information is believed to be accurate, but is not guaranteed.