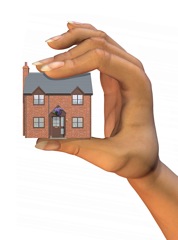 Indianapolis offers the most affordable housing in the nation, according to CNNMoney. You can read the full story here.

I don't know what the criteria was for determining the most affordable cities to buy a home. It appears to be based on income, average home sale prices and affordability score.

There were almost 10,000 homes sold thus far, with an average sales price of $103,767, which is  close to the median price stated in the article.

Almost 3000 or 29.2% of the total homes sold in Indianapolis were under $50,000. Then there's the homes which sold for -0- which really skew the results. I don't know if there were homes which sold for nothing unless I check the sales disclosure filed with the county recorders office, but I'm guessing there was some money exchanged.

So, does Indianapolis offer the most affordable homes in the country? Well, we did have almost 3000 homes sold for less than $50,000. Many people call me expecting to find great deals and there are deals out there. Many, though, can not be financed and a large percent of those sold under $50,000 were cash sales.

Can you expect to find a great bargain on homes in Indianapolis?

It depends on what you are looking for and where you want to live. In some of the most popular neighborhoods in Indianapolis, you will find the homes priced more than double the average or median price. For instance, homes in the North Indianapolis neighborhoods of Broad Ripple, Meridian Hills, Butler Tarkington, Arden, Kessler-Meridian areas are well above the average.

So far this year there were 599 homes sold for an average of $205,956, with an average of 2 bedrooms and 2 baths. The statistics here are quite different than the median price for Indianapolis in general.

Statistics are really too general to determine value of a particular area. The numbers speak of the whole, without considering the attributes of specific neighborhoods and communities. When we compare the value of homes in Indianapolis with the same type and style of neighborhoods in other cities, then yes, we do offer our residents very affordable housing.

I tend to believe affordable is more accurately determined by considering the affordability index. When you can buy a home for less than the cost of renting, without exceeding 35% of your income toward your total housing costs (PITI), then yes, Indianapolis offers affordable homes.

Information is deemed reliable but not guaranteed. Homes in this price range generally sell quickly and all homes listed may not still be available. Copyright © 2009 by Paula Henry, All Rights Reserved. *Indianapolis Offers Most Affordable Housing*

The CNN article mentions at the end that the unemployment rate is fairly well below the national average. It leads me to wonder what the graph of unemployment laid on a graph of foreclosures would look like. My knee-jerk reaction would be to believe that there have been enough foreclosures to drive prices down, but not enough to scream "crisis". With more people having jobs, it would in a very general manner mean more money to spend on low-priced homes. But that's a broad generalization. You'd probably have to look at median income level as well.