Comparing the Indianapolis real estate market from 2008 - 2009 indicates signs of recovery on the horizon. As we track the number of home sales, the first half of 2009 was well below the number of sales of 2008.

In July, the sales equaled 2009 and with the exception of December. the number of home sales for the last half of 2009 exceeded the homes sold in 2008. Consequently, the average home price in Indianapolis in 2009 also stepped into pace with 2008 home prices in July and stayed consistent for the next few months. 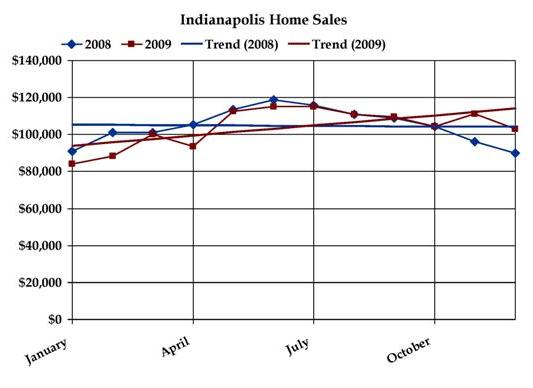 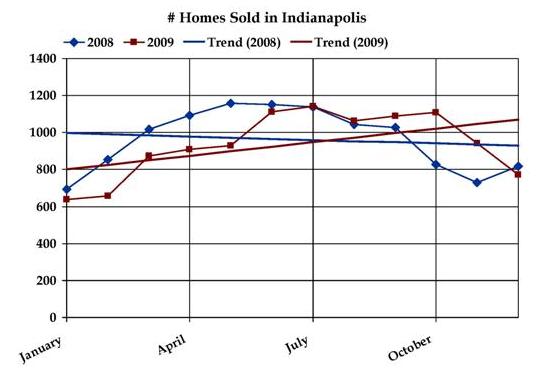 The highest price home sold in 2008 was in Lake Clearwater and sold for 2.2 million.

The highest priced home sold in 2009 was in Williams Creek and sold for 1.9 million.