Read More
Posted by Paula Henry on November 30, 2009 in Mortgage News and Info

Despite the economy's improvement and prodding from Congress, banks don't seem ready to open their purse strings just yet. Nationally, mortgage approval . The data comes from a quarterly survey the Federal Reserve sends to its member banks....

Read More
Posted by Paula Henry on November 29, 2009 in Mortgage News and Info

One Reason Why Mortgage Rates Are Back To All-Time Lows

Read More
Posted by Paula Henry on November 28, 2009 in Mortgage News and Info 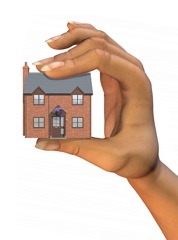 Indianapolis offers the most affordable housing in the nation, according to CNNMoney. You can read the full story here. I don't know what the criteria was for determining the most affordable cities to buy a home. It appears to be based on income, ...

6 Lessons From My Granddaughter

There are lessons to be learned in every breathing moment, should we take time to stop and look around. Sometimes the profound smacks us upside the head and says, “Pay attention”; other times the soft whisper of the wind and the sunset ...