The Federal Open Market Committee left the Fed Funds Rate unchanged at 2.000 percent this afternoon, as expected.  In its press release, the Federal Reserve noted the co-existence of inflation and recession.  On inflation, the Fed said ...

Read More
Posted by Paula Henry on June 25, 2008 in Mortgage News and Info

The Midwest Flooding And Its Impact On Your Home Mortgage

Flooding in Indiana and the Midwest has displaced thousands of families and caused billions of dollars in damages. It may also cause mortgage rates to rise. As the extent of the damage becomes more clear, prices for grain and livestock ...

Read More
Posted by Paula Henry on June 20, 2008 in Mortgage News and Info

I found this cool calculator just sitting on my desktop and thought I would share it with you. It’s a simple tool for calculating appreciation or equity growth. Since it is not specific to a neighborhood or area of town, the results may ...

Read More
Posted by Paula Henry on June 18, 2008 in Mortgage News and Info

This Father’s Day is a bit more special than any previous Father’s Day. I grew up the oldest of seven children and my Dad was my hero. He always had a way of making everything okay – from skinned knees to fights with my siblings. ... 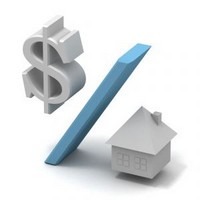 Time to Pay Up - Indianapolis Real Estate Taxes - C-Bill Due

The time has come for the homeowners in Indianapolis to realize the effect of the “stay” on taxes ordered last year by Governor Daniels. Almost one year ago, the uproar over tax bills could be heard throughout the city of Indianapolis as ...

RealtyTrac released its most recent foreclosure statistics and if you only read the headlines, you think the entire country was on the verge of losing its homes. The underlying data tells a different story, however. More than half of the country's ...

Last weeks rain and subsequent flooding in several locations around the state have left many homeowners wondering if they will ever return to the place they called home. They are digging out their belongings, trying to salvage what ...

How do you decide which agent to hire to market your home and represent your interest in the home selling process? Maybe you have a friend who’s an agent, someone at work has a license, your neighbor, or brother-in-law. Your ...

What to do in Indianapolis

When you can’t decide what to do or just don’t know what is happening around Indianapolis, don’t despair! AroundIndy.com is a great website dedicated to keeping track of “things to do” around Indy. They offer an ...

Read More
Posted by Paula Henry on June 6, 2008 in Indianapolis Things to Do

To Paint Or Not To Paint? Advice for Indianapolis Home Sellers and Home Buyers

Decorating a home is truly a matter of personal preference and one distinct difference of opinion between home buyers and home sellers is often paint color. While you may love the red wall in the family room, if you are trying ...

How Long Do Household Items Last?

When you’re buying a home, knowing the condition of major systems in the home is an important factor to consider. The cost of repairing and/or replacing major components can equal a substantial investment. This is also great information ...