The phrase 'Consumer Price Index' can be intimidating and unclear to Americans.  It's an economic term, after all, and not a part of everyday American language. It even has its own abbreviation to add to the confusion -- CPI. So, when a ...

Read More
Posted by Paula Henry on July 28, 2008 in Mortgage News and Info

Indianapolis Real Estate at the Bottom of the List

Home buyers seem to be concerned about the future value of the home they buy today. And, rightfully so! The national media makes it sound like all real estate markets are in deep trouble. Not the case; all real estate is local....

FHA Mandatory Loan Fees Increase For Some, Fall For Others

For the first time in its history, the FHA changed its funding fees and mortgage insurance structure this week.  FHA-insured home loans are now subject to a risk-based pricing adjustment.  Because of risk-based pricing, FHA home ...

Read More
Posted by Paula Henry on July 18, 2008 in Mortgage News and Info

Everyone in Indianapolis knows, when it rains it pours. This week has been “one of those”, where both computers have been in for repair. For an entire 15 hours, I had no computer access at home. Amazing how dependant we are on these ...

How Far Will Your Salary Go In A Different City?

Just like real estate markets differ from town to town, so does the Cost of Living. Indianapolis real estate is the most affordable housing in the nation and now you can check how Indianapolis compares to other cities across the nation for cost of ...

Foreclosure Rates Are Falling (Despite What You See In The Headlines)

According to RealtyTrac, the rate of foreclosures across the U.S. is slowing.  Versus May, June foreclosures fell at a 3 percent clip. 25 states showed improvement month-over-month, led by many of the same areas that had fueled foreclosure ...

The 'Sheep Effect' On Your Housing Payment

A noon-hour, mortgage-bond rally rendered homes more affordable for Americans Tuesday. It was the second straight day on which this happened.  On both days, the action was swift. The speed at which Monday's and Tuesday's respective rallies tore ...

Read More
Posted by Paula Henry on July 8, 2008 in Mortgage News and Info

Many home buyers today believe they can should automatically offer a reduced price if a home has been on the market for awhile. Another fallacy is there must be something wrong with a home if the price has been reduced. Don't mistake the reduction ...

Read More
Posted by Paula Henry on July 7, 2008 in Mortgage News and Info

A well-known 'Sell Your Home Quickly' tips is to clean and de-clutter.  A home with visual 'space' appears more roomy to potential buyers.  Another way to create openness is with bright lighting throughout your home. This home ... 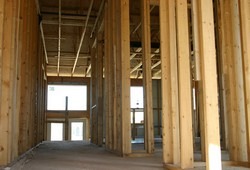 Get your boots out! No, the weather’s not changing, at least not yet! It’s time for a preview of the 2008 Luxury Home-a-Rama homes while they are still under construction. Since there might be a bit of dirt and dust, no…..there ...

How Job Losses In The Economy Are Helping Home Affordability

On the first Friday of each month, the Bureau of Labor Statistics releases its Non-Farm Payrolls report.  More commonly, it's called the 'jobs report'. The jobs report is a sector-by-sector look into the U.S. economy and whether businesses ...

Read More
Posted by Paula Henry on July 3, 2008 in Mortgage News and Info

Are Sub-Prime Mortgage Problems Finally A Thing Of The Past?

Read More
Posted by Paula Henry on July 2, 2008 in Mortgage News and Info 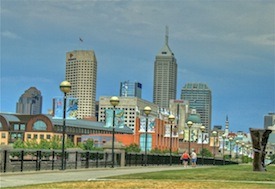 Indianapolis Ranked 6th Best Bargain Market - It's Not All About Price

You’ve heard me say it time and again, I love Indianapolis! I didn’t need a “best of” list to make me believe Indianapolis is a great place to live, but when the news prints something that speaks of the great benefits of ...

The Residential Real Estate Sales Disclosure Law (I.C.32–21–5) requires sellers of 1–4 unit residential property to give a disclosure form to buyers.  The disclosure form is a two page document which details items of ...

I can imagine this late 19th – 20th century Revival home was an icon of wealth and prosperity in the early 1900’s. Originally designed and built for Henry F Campbell in 1916, the home was not completed until 1928, after World War I. Mr ...

Today is July 1, 2008 and the interest rate on Indiana Housing loans goes up. This is twice in the last month. Effective today, the rate for a loan form Indiana Housing is 6.125%. Buyers can still complete the online course and receive a .125% ...