How Interest Rate Affects the Purchasing Power of Buying A Home

If you locked in your interest rate on a home this past week, congratulations! The Indianapolis real estate market may not find better interest rates than we have right now. The current mortgage rates make buying a home in Indianpolis a better ...

What is Mortgage Insurance

A few days ago, a first time home buyer asked me, 'How many insurance policies do we have'? It really is a bit confusing when you start looking at the additional monthly costs of obtaining a loan. There are two insurance policies you need when ...

Once again, the towns of Central Indiana have made the list of 'America's Best Small Towns' by CNN Money. Four Metro Indianapolis towns have been recognized for 2011 as popular places to settle down. In Hamilton County, Westfield ranks 48th and ...

Are there dead pine trees in your Indianapolis Neighborhood? No matter what part the city you are in, you're sure to see the dead pine trees. So, what happened? Was it the ice storm we had this past winter? That was my initial thought, but we're ... 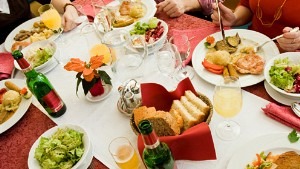 Eat Everything at Devour Downtown 2011

It's that time of year in Indianapolis. You don't have to eat everything, but you'll have a hard time choosing from so many great restaurants and menus. Beginning August 8th at many downtown restaurants, Devour Downtown brings together the best of ...

Read More
Posted by Paula Henry on August 6, 2011 in Indianapolis Things to Do
Blog Archives