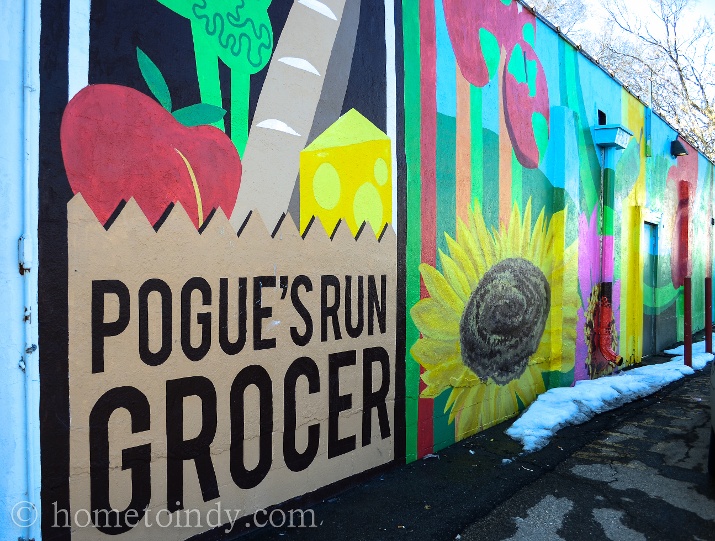 In past posts, I’ve referenced my love of all things local, from local business to local art, but among the things I am most enthusiastic about is the idea of local food. This makes such good sense - if you can eat food that hasn’t been trucked long distances, which hasn’t been steadily losing nutrients through a long process of transportation, the more certain we can be of its honest benefit to us. This idea has lead me to take an avid interest in discovering those places in our city where you can get great local food. Restaurants, for one thing and local retailers as well. Let's look at some market type places to shop for local foods.

Before I did a little digging, I had no idea what my options were for good, local foods. Farmers markets are available, but which were the best? For a long time I drove a long way to get to a Whole Foods or a Fresh Market. And as much as I find shopping in places like The Fresh Market to be a utopian experience with their good smells and classical music, they can be something of an over-priced misnomer in my opinion. If you look at the labels on most what is sold there, almost none of it comes from anywhere near by, which makes me pretty skeptical about how “fresh” it can actually be. And, the fact of the matter at least for my family, is that the grocery bill has to fall within a certain number every month, or I can’t sustain the habit and those luxury stores were pushing my limits every week.

There is, however, the evil other side of grocery store utopia; grocery store hell. I have belly-deep dread for wading through the cold fluorescent maze of a “ regular” store, already crowded with distracted, tired people. And surely, if the food at Fresh Market isn’t really the gold standard of good and fresh, I don’t even want to know where most of this food comes in. This paradox is why it became so important for me to figure out where I can go and buy good, healthy food that is as good for the environment as it is for my family.

I’d like to start with one of my all-around favorites for local and fresh and that is Pogue’s Run Grocer on the near East side of Indianapolis. Why do I love Pogue’s Run?

In conclusion, if you want honest, real food, shop somewhere that has a great relationship with the farmer that the food comes from...somewhere like Pogue’s Run Grocer.