Super Bowl XLVI will kickoff in just a matter of days.  The anticipation and excitement is palpable everywhere you go, especially downtown Indianapolis!  Take some time this week to do the Super Bowl Shuffle out of your normal routine and into the events surrounding this piece of sports history! 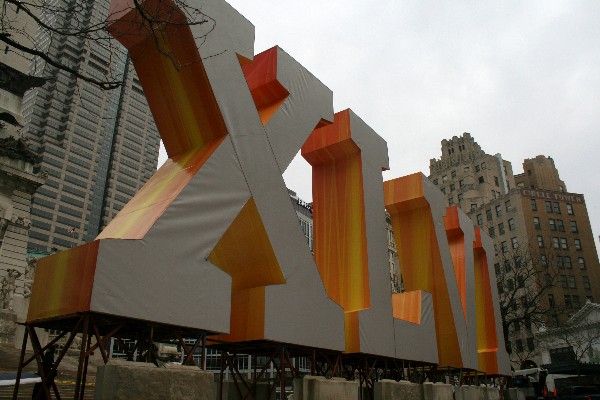 Check out the Map of Super Bowl Village

Get the full schedule of free concerts

Get NFL Superstar Autographs at the Super Bowl Village.  Grab your sharpie and head down to the Autograph Stage.  Call 1-888-NFL-CARD (635-2273) for list of players.

TUESDAY 1/31 is Super Bowl Media Day at Lucas Oil Stadium.  For the first time ever, the NFL is granting 5,000 fans access behind the scenes.  Sit in the stands and watch as media from around the world interview members of the Patriots and Giants!

THURSDAY 2/2 the Pepsi Super Bowl XLVI Fan Jam will be at the Indianapolis State Fairgrounds.  Gym Class Heroes, B.o.B and All American Rejects will perform in the Pepsi Coliseum.  Tickets are FREE.

THURSDAY 2/2 the NFL Honors Award Show will be at the Murat Theatre.

THURSDAY 2/2 the Sports Career Expo will be at the Pike Performing Arts Center.

THURSDAY 2/2 the Tazon Latino VI Celebrity Flag Football Game will be at the Indiana Convention Center.

FRIDAY 2/3 the Gospel Celebration will be at Clowes Memorial Hall.

FRIDAY 2/3 the Pro Football Hall of Fame Luncheon will be at the Indianapolis Museum of Art.

FRIDAY 2/3 the NFL Player of the Year Awards will be at the Scottish Rite Cathedral, Indianapolis.

SATURDAY 2/4 the Super Bowl Breakfast will be at the Indiana State Fairgrounds Expo Hall.

SATURDAY 2/4 the NFL Player Networking Event will be at the Hyatt Regency Indianapolis.

SATURDAY 2/4 the Taste of the NFL will be at Gleaners Food Bank of Indiana.

Get out there and cheer on your team!!

SUPER BOWL SUNDAY is jam-packed with fun for the whole family in downtown Indianapolis.  Host your own tailgate party or check these events for Super Bowl Sunday.

Can’t make it to Lucas Oil Stadium for the big game on Sunday?  From Anderson to Zionsville, find additional super celebration sites here .

All commercials for the game this year were sold out by January 2, 2012.

The average price of one 30-second ad is $3.5 million dollars.  This is the highest rate for Super Bowl Ads in history!

Former American Idol winner Kelly Clarkson will sing the National Anthem to open the 2012 game, plus the iconic Madonna will be performing live at half-time.

Who do you think will win the Super Bowl?

Nice informative blog, thanks for sharing.

I read in the paper that the Super Bowl was so successful for the area that your mayor is trying to get it again.

All the while, we in greater Los Angeles can't find room for a team. :-0

This looks like Indy did it right. A friend of mine went and she said it was so much fun. Definitly a 'high' for Indy. Bummer about Manning. Hopefully you will have many years of 'LUCK' with luck.
I enjoyed reading your blog. Great information.