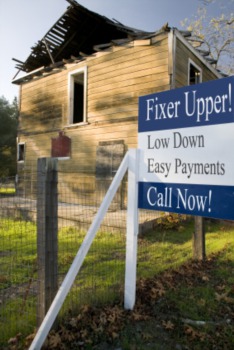 Most people believe buying a foreclosed bank owned home is the ticket to automatic savings on their home purchase. Although there can be substantial savings on a foreclosures, it will vary by the home, neighborhood, city and even subdivision. The ...

How Many Deals Are There in the Indianapolis Real Estate Market?

As I was writing a guest post about short sales for a friend of mine, Gena Riede in Sacramento, I took a moment to look at the current stats of active homes in Indianapolis. These stats cover all the Metro area, gathered from current Indianapolis ...

Read More
Posted by Paula Henry on May 30, 2011 in Real Estate News

The Severity Of The Foreclosure Crisis Depends On Where You Live

Foreclosures stories dominate the national housing news. It seems at least one foreclosure-related story makes its way to the front page or the nightly news every week. But for as much as the foreclosure filing statistics can be astounding -- over ...

Soon, I’ll start pulling together the information for both December 2008 market reports and the year on year comparisons. Last month I started a comparison report for 2007 vs. 2008 of home values and percentages of foreclosures versus the ...

Distressed homes for sale tend to get lumped tgether, but there are some distinct diefferences between these type of sales. Most are simply called foreclosed homes. These are the terms used by our local Board of Realtor listing service to describe ...

Foreclosure Rates Are Falling (Despite What You See In The Headlines)

According to RealtyTrac, the rate of foreclosures across the U.S. is slowing.  Versus May, June foreclosures fell at a 3 percent clip. 25 states showed improvement month-over-month, led by many of the same areas that had fueled foreclosure ...

You don’t have to search too long to find bank owned homes in the Indianapolis Metropolitan area. There are plenty around town and more than likely some are really good deals. Banked Owned Homes or REO (Real Estate Owned) properties are ...