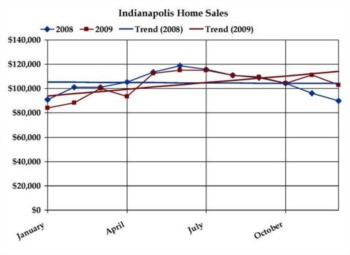 The Pending Home Sales Index rose slightly in December, climbing 1 percent from November. A Pending Home Sale is a home that is under contract to sell, but not yet sold. It's a figure compiled by the National Association of Realtors® using ...

For the month of August, there were 58 homes sold and closed in Brownsburg, which is down by two homes from June. The highest price home was $725,000. The lowest priced home sold was $62,100. The average Brownsburg home sold was ...